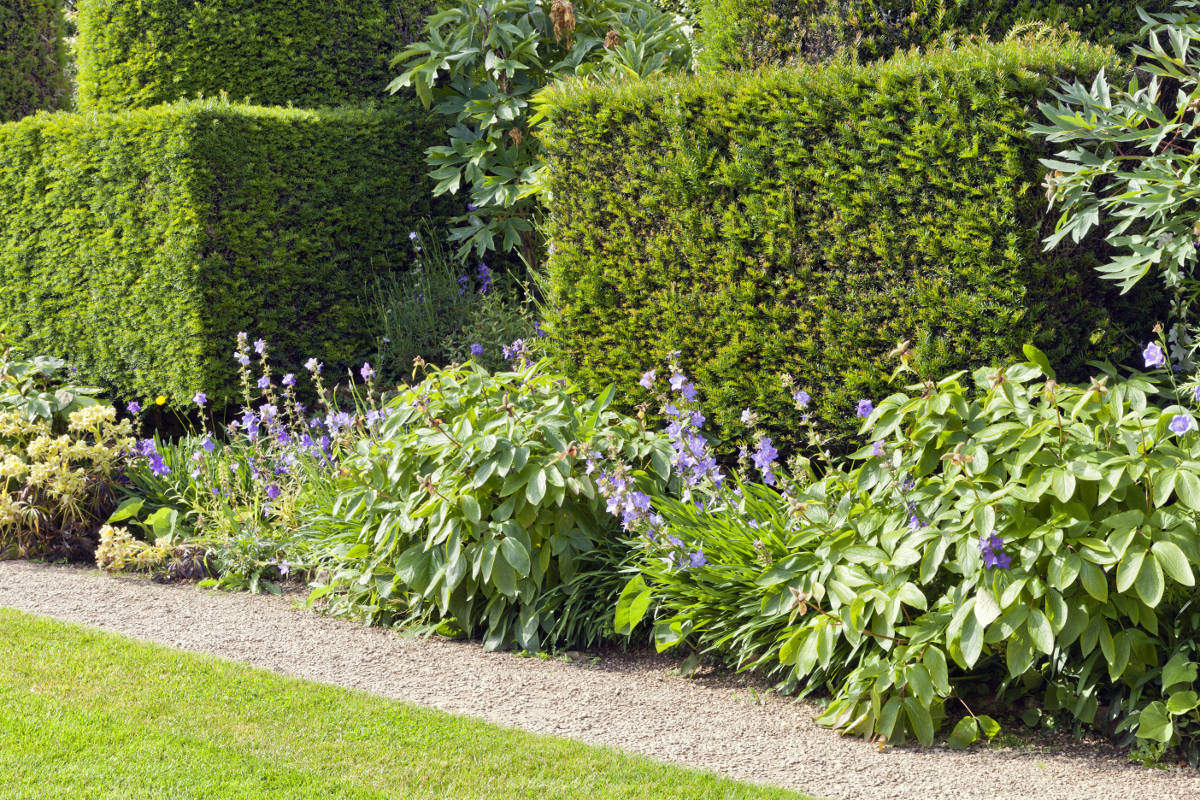 Fences and hedges are the most popular ways of defining property boundaries. When we buy a house we generally find there are already hedges or fences in place and we don’t give them any further thought beyond giving the hedge an annual trim or replacing a broken fence panel after a particularly nasty storm.

But sometimes we may be forced to think a bit harder about how we mark out the edges of our gardens. This happened to me last year when a hedgehog family moved into our back garden. We visited hedgehog websites and discovered that researchers believe one of the reasons for the creatures’ decline in the UK is that they can’t easily get into gardens surrounded by impenetrable fences. For keen gardeners that is a problem, because apart from being adorable, hedgehogs are terrific at eating slugs.

The advantages of hedging

It turns out that alongside being hedgehog friendly there are a whole range of other reasons to consider switching from fences to hedges.

Plenty of other creatures benefit from gardens with green walls. We can all see the bees and butterflies (the garden’s natural pollinators) that are attracted to blossoming hedges in spring; but hidden from view deep within our hedges, a huge range of animals are using them as wildlife corridors and shelter. The hedges are quite literally the roads that wildlife use to get around without being spotted by us humans. And of course, everyone can hear when a crowd of birds roost or nest in a hedge. Birdsong is one of the great benefits of the garden and hedges are so much more appealing to birds than fences.

The classic British hedgerow is also a source of food. Hedging such as holly and wild rose, provide much needed food for birds during the winter. Birds also enjoy elderberries, sloe berries and blackberries during the autumn, although humans often compete for the harvest too! 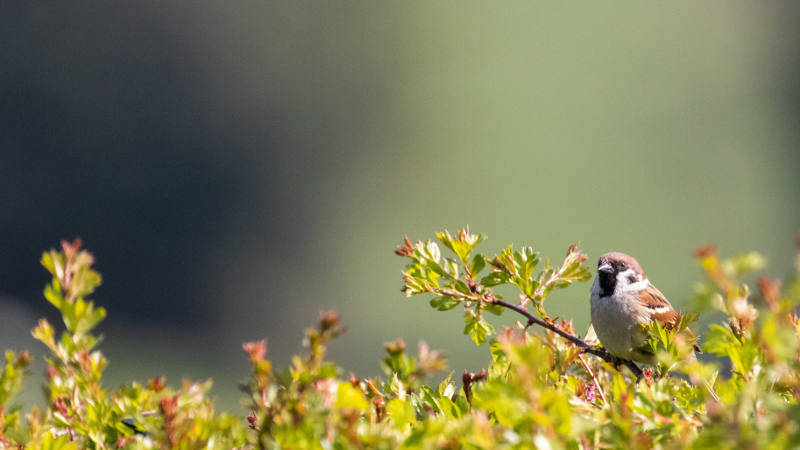 Hedges offer some protection to us from pollution such as noise and dust. As hedges are thicker than fences, they are generally better at muffling noise. Leaves and twigs are better at trapping atmospheric pollution than fences.  A recent study by American charity The Nature Conservancy showed that the average reduction in pollution near a hedge can be between 7% and 24%.

3.    A prickly problem for intruders

Some types of hedge can also improve your home’s security. Intruders will think twice before climbing through a thick hedge of holly, berberis or hawthorn.

Of course we can all see that hedges survive the ravages of storms far better than fencing. A hedge naturally slows down wind as it passes through its open structure, calming the feel of the wind on the other side. In comparison, solid fences tend to fair less well in strong gusts and are often damaged or knocked over. So, a hedge may also prove to be cheaper in the longer term.

Unlike a fence, a hedge does it’s bit in the fight against climate change by absorbing carbon dioxide and producing oxygen. Even the smallest garden could find room for an evergreen hedge such as holly or box to help improve air quality on a local level.

Introducing hedging into your garden landscape

So far, we have only discussed hedges as boundary markers, but formal hedging can also be used to divide large gardens and hide problem areas (such as the compost bins). They can also be used to great effect in exposed gardens to create shade from the sun and shelter from the wind for both plants and people.  As well as to screen areas of the garden that you want to keep out of sight from nosy neighbours.

If you have the space and the time, great fun can be had by using clipped hedges to mark out mazes, knot gardens and parterres, a style favoured by Italian renaissance gardener. Or you could try your hand at topiary by clipping specimen plants into ornate shapes. 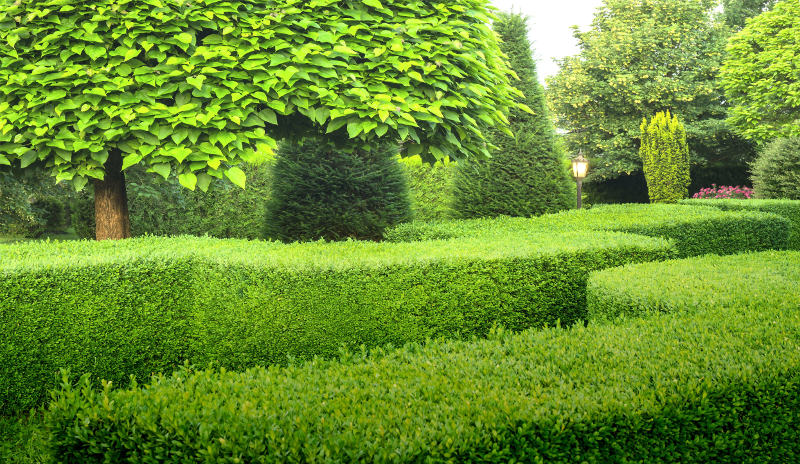 Not only is it fun, but it’s a great way of adding interest and focal points. To keep your topiary looking neat, expect to trim them at least once a year, faster growing species may need clipping twice.

Suitable plants for this more formal style of gardening include Lonicera, holly, privet, yew and box. Box hedging has been used for centuries and is still a very popular species, but box blight (a fungal disease) has been particularly destructive in recent years. The RHS suggests a wide range of alternative species that look equally beautiful.

Hedges also bring a wide range of colours and textures to any garden, and the combinations are endless. If you are looking for red, you could choose copper beech or berberis, euonymus or golden leylandii for yellow, and of course you have a wide choice of greens, including beech or holly.

Hedges provide many benefits, but the fact remains that fences take up a smaller footprint and are quicker to erect. If speed and space is a consideration, then a fence might be the answer. In addition, hedges grow, and will require regular trimming and perhaps watering.

Hedges that get out of hand (think about the towering Leylandii that can loom over a garden blocking out light) can also cause disputes between neighbours. So think about their wishes and do at least have a chat with them before you rip out the boundary fence to create your own green oasis.

To help decide whether a fence or a hedge would be better for your situation, why not contact Thames Valley Landscapes on 01628 629720 or ask@thamesvalleylandscapes.co.uk for professional advice. Thames Valley Landscapes can help with fence erection and hedge planting, or give guidance on which shrubs to plant for a hedge, based on growth rate and planting distances for various species.

The Low Down on Low Maintenance Gardening

Growing Their Own At Oakley Court Hotel

COVID-19: We are fully open for business – carrying out all existing and planned works and taking new enquiries as normal. The health and safety of our customers and staff remains our top priority so please rest assured that we are taking all preventative measures possible including enhanced hygiene and distancing precautions in-line with government guidelines. Access permitting, site visits and works can be conducted entirely outside and using phone consultations if you are self-isolating or would prefer not to come into contact with any of our staff. Please make this preference known to us prior to your appointment. For any further information, you can contact us on 01628 629 720 or email ask@thamesvalleylandscapes.co.uk.

Thank you for your continued support.